You probably use a laptop as a primary productivity tool, since it’s powerful and makes any task possible. And you probably think the iPad is a gorgeous tablet that is useful for people who don’t work with numbers, and who don’t multi-task between powerful apps to get work done. Which was the case until a few years ago. Since I replaced my laptop with an
iPad Pro
a few months ago, it was surprising to see how the iPad somehow managed, ten years later, to become a better productivity tool than a laptop.

The physical structure of the iPad Pro is a significant evolution from laptops. The iPad Pro is a tool that can be used in an array of contexts. First, the iPad Pro can have a similar setup to laptops, where it’s attached to the keyboard. The
Smart Keyboard Folio
resembles a toy, but is surprisingly fan to type on. The keyboard is narrow, so the hands can easily reach for the screen. The keyboard attaches magnetically to the back of the iPad Pro, making it easy so it’s practical to alternate between holding the iPad by hand, and attaching it to the keyboard. And that’s one aspect of the evolution. I use the keyboard to type, then hand hold the iPad to read and produce media. It’s no problem at all to keep alternating between the keyboard and the hands in one sitting. It might sound silly, but it’s very pleasant to sit back on a sofa, attach the keyboard, and edit a movie. This is particularly for the 12.9 inch screen, and might not hold true for the 11 inch. Since iPad OS uses the large Display size efficiently, I rarely think about a smaller Display. A nice side effect here is how portable this device is. Suddenly the train table is quite spacious. The backpack space needed for the iPad, keyboard and charger is negligible.
See also:
Why I Choose the Smart keyboard Folio for the iPad Pro!
The last physical piece of the evolution is the Applepencil. I thought it’s just for artists. Turns out it’s well integrated with iPad OS in helpful ways. Touching the pencil while iPad is turned off automatically presents you with a blank note you can sketch on. You can also use the pencil to annotate screenshots. Move the pencil from the side of the display to
take a screenshot,
then draw directly on it. If you do that in Safari, you can take a whole webpage screenshot, then save it as a PDF. You can also pull up any PDF, then use the pencil to highlight things or fill out a form just like you would on paper. Sketch an idea effectively in a Keynote presentation, or review a
Microsoft Word
document by using the pencil directly on text. In Adobe Lightroom, you can use the pencil to selectively edit parts of a photo, and move the sliders with more accuracy.

The power that comes from such a small device is surprisingly impressive. This thing is a beast, even compared to MacBook Pros. Intensive apps like Lightroom and LumaFusion works quite smoothly, even as they are exporting videos and raw photos simultaneously. Even without a fan, the iPadPro hardly heats up.

The multiport adapter offers quite a number of opportunities too, because it has HDMI, USB-old-school, as well as USB-C ports. There’s the traditional things such as connecting an SD card and a hard disk. But more interestingly, by connecting the HDMI adapter, I can mix live audio and video from Algoriddim’s djay app, while at the same time previewing the next song on my headphones. Various apps make use of the multi-port adapter. For instants, Luma Fusion can play a 4K video preview on the TV, while keeping the editing interface on the iPad itself. And the USB ports can be connected to a hard disk and SD card, giving me the ability to import photos into Lightroom.

The battery power of an iPad Pro surpasses that of a Macbook by far. I don’t have to worry about forgetting to carry my charger. Apps like Google Hangouts, which generally drain macbook batteries, perform much more efficiently on the iPad Pro (by the way, screen sharing to a Hangouts call is so easy). Lastly, compared to a Macbook or Surface, the iPad’s cameras have better resolution, the speakers produce great sound, and the mic is more accurate. It’s funny that a Device smaller and thinner than a laptop performs better in every aspect when it comes to what needs space the most – hardware.

It took ten years, but iPad OS is now an evolution of desktop-based systems. Especially for multi tasking. It always seemed that the way desktop systems do multi tasking is the right way. I never questioned the time it takes on desktop to setup apps side by side, dragging and resizing them until I see all the necessary content. And even then, there is so much wasted screen space left because of how apps organize content. content. Then I need to resize a window to reach an item in the toolbar. And even then I always ended up with wasted screen space. Or if not wasted, it would be another app on the back of the screen that adds clutter and makes it harder to navigate my way through the many windows. If i want to drag an image to an app, I have to align the finder and app so I can move things around.

I don’t know if the iPad engineers questioned these drawbacks, or if they were trying to come up with multitasking within the existing iPad operating system. But it looks like they hit the jackpot. The way multiple windows work together is an evolution in the efficiency of multitasking. Apps use all the properties of the screen and the system makes it easy to work with a few apps at a time. That is without ending with a stack of apps on top of each other that I eventually navigate like a maze. Two apps can be displayed simultaneously using drag and drop. I have control over which app takes up more space, and I don’t have to constantly resize each side of a window to display that last button in the toolbar. If I need a separate app for quick reference, as I often do with Google Keep or Slack, I can turn it into a slide over app, which I can slide in and out when I need it. And if you switch from Netflix to another app, the video will continue to play on the side, taking up only the space of a video. With all that said, it actually feels like a desktop system is completely unaware of how we all use multitasking these days.
The iPad system benefits significantly from drag-and-drop interactions, and not just for setting up multiple windows. It uses people’s ten fingers and that natural gesture to make moving things powerful. For instance, grab a file from the Files app. Or multiple files by keeping the first file handy and tapping the other files you need. You can even browse folders and choose files from different places, as long as the selected files are at hand. Then feel free to browse further to the desired folder, and have the files ready so that they all go there. Did you actually want to put these files in another app, for example to send them by email? You can keep the files in place, quit the files app, go to the Mail app, tap to create a new email and drop the files there.

The power to keep items on hand is not limited to files. I can grab an image in Safari with one finger, switch back to Google Docs with another finger, and drop the image into a document. Or grab some videos in Photos, switch to LumaFusion and drop the videos in the edited timeline. Or select a sketch I drew in Notability, grab it and straighten it in a Google Slides presentation.

Being a bit of a powerful user, the Shortcuts app is the last piece that really makes the iPad system powerful. My workflows often include small technical things, such as encoding an audio file to a different format, converting a PDF to images or combining 3 screenshots into just one image. There are apps and websites that accomplish these little technical things. But the experience of finding these services and having to go through ads is not productive or enjoyable.
Shortcuts
allow me to quickly save a series of powerful actions that complete many of these technical things. So far this is comparable to the Automator app on Mac OS. But Shortcuts goes further. You will find that installed apps can also add their own actions, making it easy to perform a series of actions involving multiple apps. And since shortcuts appear in the shared sheet and within Siri, it’s much easier to activate a shortcut.
So this is how the iPad redefined the main tool I use for learning and producing. Ten years after the launch of iPad, it now stands as the evolution 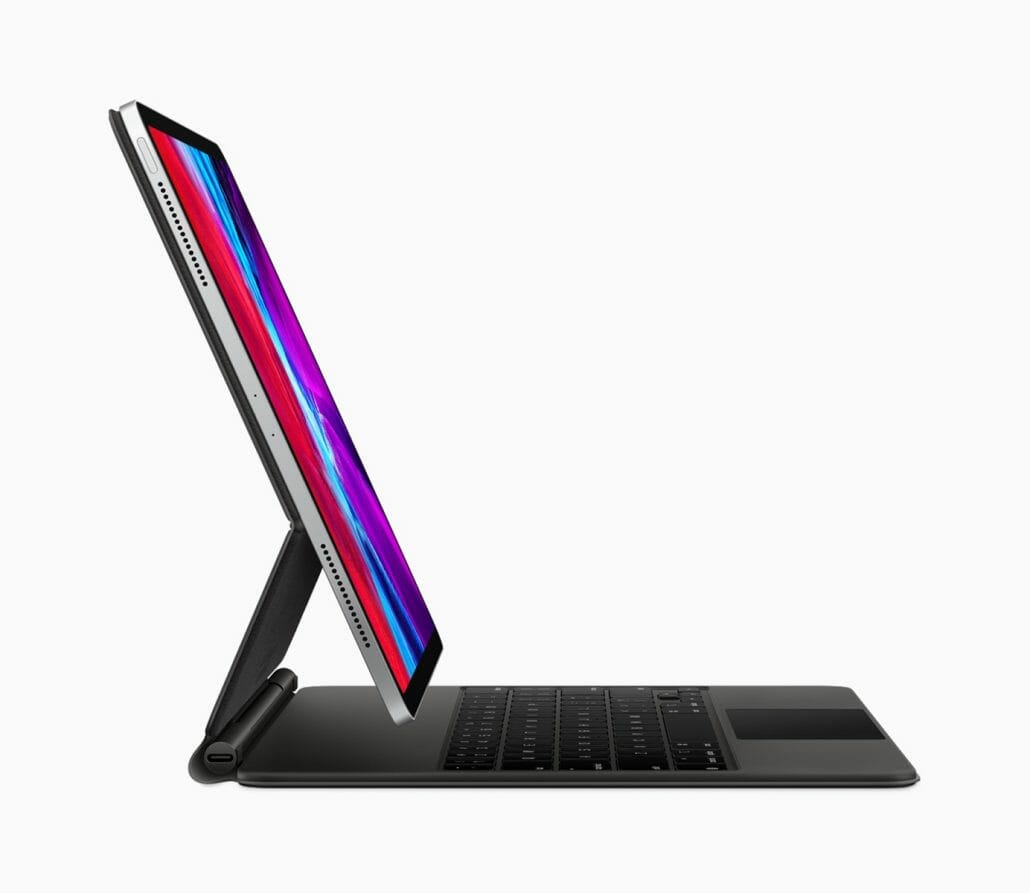 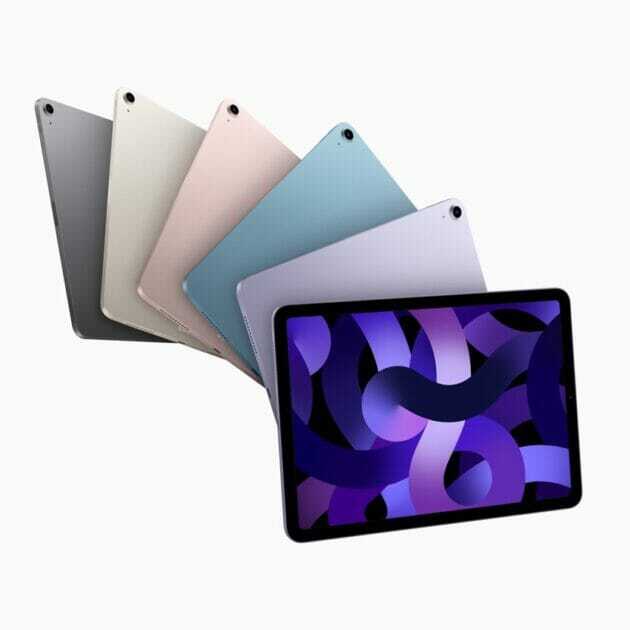 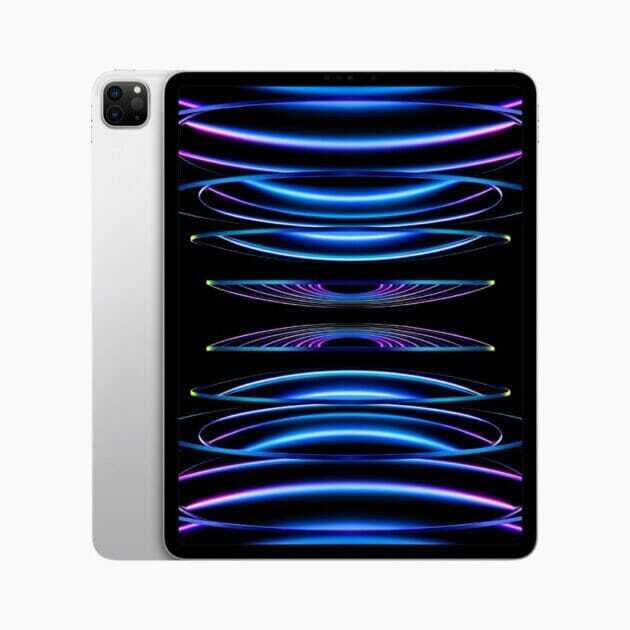 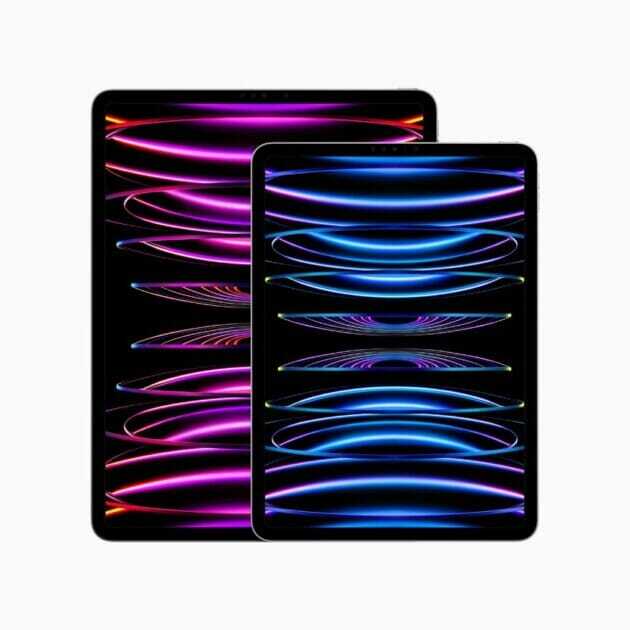 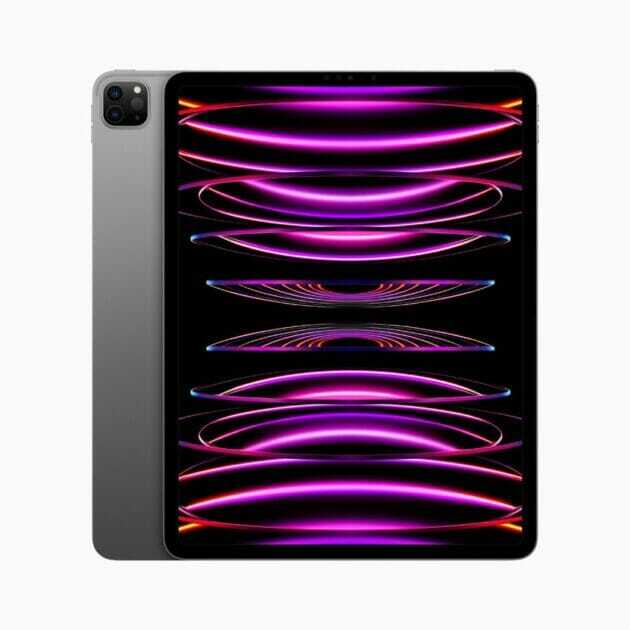